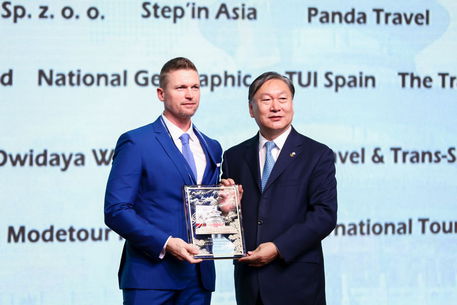 The Second “Beijing Tourism Global Distribution Partnership Summit” was held at the Olympic Tower in Beijing on August 27，2019. The summit is sponsored by Beijing Municipal Bureau of Culture and Tourism. It aims to assist the construction of the cultural centers and international exchanges centers throughout the country and push forward the “going abroad”  of culture and “introducing in” of tourism. It will build the “Beijing Tourism Overseas Promotion Partnership Plan” global system through cooperation with global mainstream channels and renowned travel business people and further increase the inbound tourism of Beijing and promote the city’s high-quality commercial consuming mode and optimize its tourism industry structure.

A total of 60 overseas famous tourism agencies from Beijing’s major guest source countries such as the US, Japan, Republic of Korea, the UK and Germany, representatives from 60 travel agencies in Beijing, Tianjin and Hebei province and 30 media, and representatives from 40 resource entities including hotels in the tourism resorts participated the summit. Jun Wang, Deputy Secretary General of Beijing Municipal Government, attended the meeting and delivered a speech. Dong Chen, Party Secretary of Beijing Bureau of Culture and Tourism, awarded the plates for the 30 candidated overseas partners this year. Yu Song, Director General of the bureau, awarded the prize for five enterprises winning the excellent overseas promotion plan award.

Through the implementation of the “partnership plan”, Beijing Bureau of Culture and Tourism, apart from strengthening the exploration of major guest source market, will cooperate with tourism enterprises in the countries along the “Belt and Road” Initiative such as the United Arab Emirates, Thailand, Malaysia and Poland to launch “dual-way interaction” mode. Under the cooperation partnership framework and through cooperation and exchanges, the plan will actively push forward the promotion and sales of Beijing’s tourism products in the local market and gain effective feedback data from the local market.

It is learned that Beijing Bureau of Culture and Tourism had communicated with all overseas tourism enterprises and required them to present Beijing cultural tourism promotion plans based on their local market situations and tourists’ characteristics six months prior to the summit in order to have an in-depth understanding to overseas tourism operator’s demands and suggestions to Beijing-bound tours. Five of all the 31 plans presented were selected as the best overseas promotion plans. Moreover, Beijing Bureau of Culture and Tourism is preparing a more pertinent plan based on the feedback, to help its partners expand their China- and Beijing-bound tours, and bolster their cooperation with China- and Beijing-based large-scale tourist enterprises.

In an interview, Pengcheng Cao, Deputy Director General of the bureau, said that the organizer would arrange overseas tourists to investigate Beijing’s culture-themed tourist resources and enable them to immerse themselves in these sources, such as experiencing China’s native brand hotel CHAO and leisure resort Gubei Waterside Town, binding traditional Chinese books in National Library, face-to-face communicating with China Acrobatics Troupe and watching the wonderful performance.

In the future, Beijing Bureau of Culture and Tourism will continue to make use of the platform to make efforts in the promotion of inbound market, bring new products of the city's culture and tourism resources to promote the international attraction of Beijing as a tourism destination. 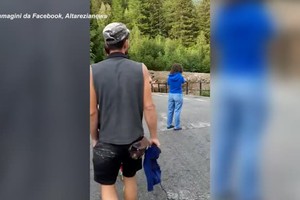