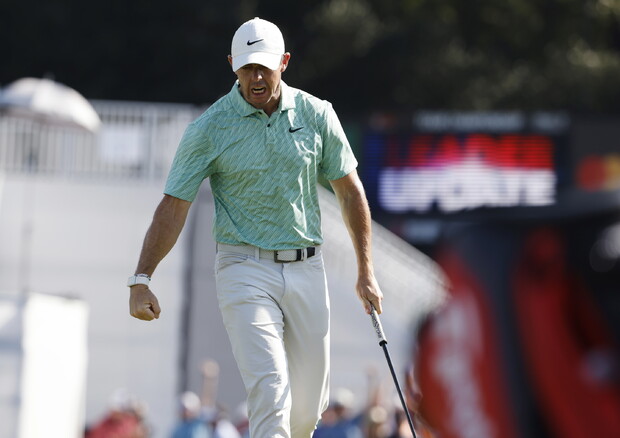 (ANSA) - ROME, AUG 29 - Four-time major Champion Rory McIlroy said Monday he can't wait to play the Italian Open at next year's Ryder Cup course outside Rome on September 15-18.
"I can't wait to get to Rome, a city rich in history just as the Italian Open is historic," the 33-year-old Northern Irish golfer told reporters.
"I've seen and heard that the fans are really impassioned, I want to take the field and live another challenge".
The world number 3 will be one of the most keenly awaited protagonists at the Marco Simone Golf & Country Club at Guidonia Montecelio (Rome).
It will be the 79th edition of the Italian Open.
McIlroy has won the 2011 U.S. Open, 2012 PGA Championship, 2014 Open Championship and 2014 PGA Championship.
Along with Jack Nicklaus and Tiger Woods, he is one of three players to win four majors by the age of 25.
"We are proud and enthusiastic to announce the prseence in the field of a great champion like Rory McIlroy," said Italian Golf Federation President Franco Chimenti.
"He will add lustre to an extremely high level field and all the fans will be able to see his exploits from close up".
Chimenti said "he's only the first top player to be announced, and soon there will be other surprises". (ANSA).