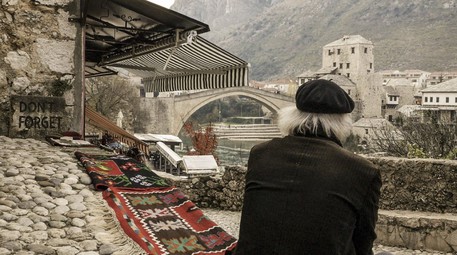 (ANSA) - TRIESTE, 17 GIU - A long journey in the footsteps of Cathars and Bogomils, heretics of the Middle Ages spread from the Balkans to Western Europe, whose history has many similarities in chronologically closer events, such as the Shoah, the Armenian genocide, intolerance towards those who are "different" and arrive in the civilized West. The documentary "Bogre. The great European heresy" by director and screenwriter Fredo Valla, will be screened at the Ariston cinema in Trieste on June 18. The author will present it in a dialogue with the journalist and writer Paolo Rumiz.
"In Occitan' bogre' means Bulgarian - the director explains- but for centuries, the word has taken on the meaning of inept, foolish, one who hides the truth. From the 12th century, 'bogre' became an insult to the Cathars of Occitania, assimilated to the movement of the Bulgarian Bogomils, from which Western Catharism derived." The film, whose cast includes Giovanni Lindo Ferretti and Olivier de Robert and with Muriel Batbie-Castell, Gérard Zuchetto, Alain Vidal, Luca Occelli, Dario Anghilante, was shot across Bulgaria, Italy, Occitania, Bosnia and in five languages ;;(Bulgarian , French, Occitan, Italian and Bosnian). The documentary features the relationship between the two heretical movements through the Balkans, Italy, and France, and Chambra d'Oc - IncandenzaFilm - Lontane Province Film produces it with the support of various partners. The history of Cathars and Bogomils, Valla said, "is taken from the history books, but, unfortunately, returns punctually over the centuries." The director, who has worked with Pupi Avati on several television documentaries, has signed, among his latest works, "Higher than the clouds," on the enterprise of the first flyer in the Alps in 1910, Géo Chavez, and "Let's not talk about this war," focusing on mutinies of the Italian military during WW1. (ANSA). 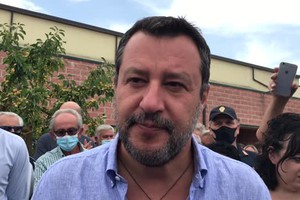