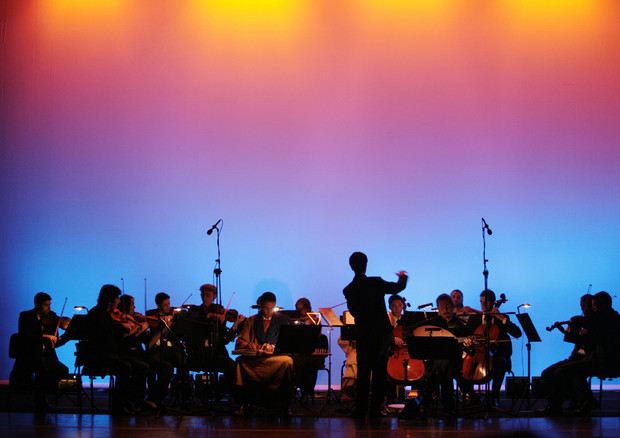 (ANSAmed) - NAPLES, NOV 16 - The musical project "Le Due Lune" (The Two Moons) will take place 17 and 18 November at Expo 2020 in Dubai, using music to open a new dialogue between the East and the West.
The project comes from a collaboration between the University of Naples L'Orientale, the project sponsor; the World Youth Orchestra Foundation; and IULM University of Milan, with the support of the Fondazione Cultura e Arte Internazionale.
It traces a multi-ethnic path that crosses and unites two different cultures that are intrinsically linked, that of the Arab-Islamic world and that of the West.
The research work, carried out in workshops and seminars in Rome, Naples and Milan, will be in Dubai during the week dedicated to the theme of "Tolerance and Inclusiveness", with the show inspired by a story from "The Thousand and One Nights", titled "The Two Moons".
The staging combines storytelling and music, alternating the elegance of the word with the seduction of sounds to tell the long history of exchanges between Asia, the Middle East and Mediterranean Europe.
Narration in Italian and Arabic, accompanied by the universal language of music, will invite viewers to cross every linguistic, cultural and geographical barrier to hear a wonderful story of inclusiveness, peace and tolerance.
On November 17, in the Auditorium of the Italian Pavilion in Dubai, a listening laboratory on the poetic texts and music of the show will be held with an audience.
On November 18, at the Millennium Amphitheater, "The Two Moons" will be performed, with text, direction and musical direction by Damiano Giuranna; actresses Valeria Almerighi and Silina Choueiry; and musicians of the World Youth Orchestra.
IULM University of Milan, through the work of Giuseppe Carrieri, will offer a visual itinerary that will be projected during the show.
"The video wall will become an altar of scenes and landscapes, ancient and archaic, that build the panorama of a distance that belongs to us and looks to the kasbahs of Naples as the favorite seat of a web of worlds without geography," Carrieri said.
"The video wall will thus become an image of a palpable atmosphere to which only music will give voice with its instruments," he said.
At the end of the project, a study day will be held at the IULM University.
(ANSAmed).