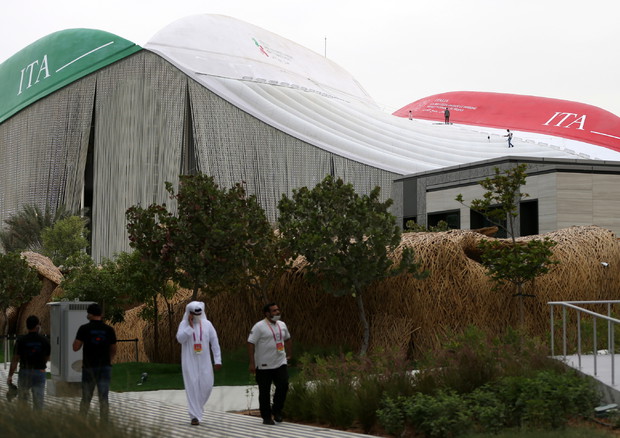 (ANSA) - ROME, NOV 16 - The Sovereign Order of Malta is taking part in the Global Interfaith Summit which kicked off on Tuesday at the Italian Pavilion in Dubai on the International Day of Tolerance within the framework of Expo 2020 .
The aim of the summit - promoted by the United Arab Emirates Minister of Tolerance and Coexistence Sheikh Nahayan Mabarak Al Nahyan, who recently visited the Order of Malta in Rome - is to build bridges among different faiths through shared views on human values and promote a culture of dialogue and of mutual respect.
Supporting and advocating for the role of faith-based institutions, facilitating interreligious dialogue - particularly in the Middle East - and promoting humanitarian international laws are today among the Order of Malta's primary goals.
In his address on 'Interfaith Dialogue and Humanitarian Diplomacy', the Grand Chancellor of the Order of Malta, Albrecht Boeselager, noted that: "faith-based diplomacy promotes interfaith dialogue and recognises the key role religious leaders can play in conflict resolution and peace building".
Boeselager then illustrated the Order of Malta's activitieds in this field.
The document "Religions in Action" that the Order has released aims to raise awareness of the global geopolitics of religion.
"The key findings of this Compact," explained Boeselager, "stem from the Order of Malta's experience from working in the field: in crisis areas the degree of success of diplomacy - with its emphasis on dialogue and negotiation and on mutual respect of different confessions - is unmistakably linked to the capacity to engage with religious communities, religious leaders and include religious infrastructure".
In his address the Grand Chancellor recalled the historical "Document on Human Fraternity for World Peace and Living Together" signed in Abu Dhabi in 2019 by Pope Francis and the Grand Imam of Al-Azhar, Ahmad el-Tayeb, a milestone in relations between Christianity and Islam.
"We are committed to answer the call the Pope and the Grand Imam express in the name of the poor" the Grand Chancellor stated.
Among initiatives organised on the International Day of Tolerance is also a roundtable entitled "Connecting Souls", which builds on the Expo theme of "Connecting Minds, Creating the Future". (ANSA).