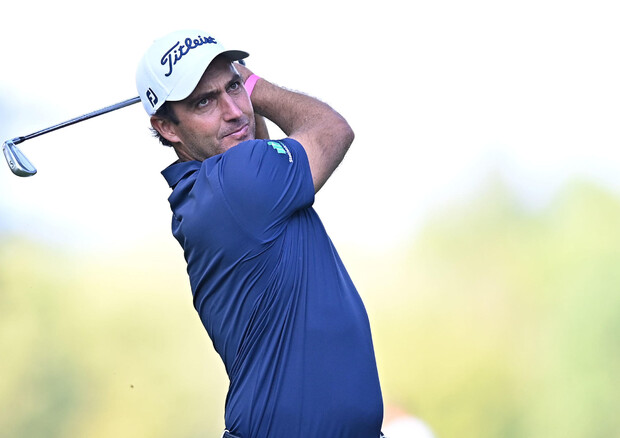 (ANSA) - ROME, MAY 30 - Edoardo Molinari said Monday that he was "happy and proud" after Team Europe Captain Henrik Stenson named the Italian one of his vice-captains for the 2023 Ryder Cup, which will take place at Rome's Marco Simone Golf and Country Club from September 25 to October 1 next year.
The 41-year-old, older brother of 2018 Open winner Francesco Molinari, is Stenson's second vice captain after the appointment of Dane Thomas Bj›rn, the successful 2018 European captain.
In Ryder Cup golf, the captain is more akin to the coach in other sports and the vice captain is an assistant.
"This appointment is an honour and I want to thank Henrik Stenson for it," Molinari told a news conference at the Marco Simone Golf and Country Club after the announcement was met by a standing ovation.
"I'll provide statistical support to Team Europe and, obviously, the aim is to help get the European team back to winning ways in the Ryder Cup".
Molinari was part of the victorious European Team in the 2010 Ryder Cup in Wales alongside Francesco.
He is a three-time winner on the European Tour, which is now known as the DP World Tour.
"I played the Ryder Cup in 2010 and to be able to be a Vice Captain in this one is a dream come true," added Edoardo Molinari.
"It was a very unexpected call from Henrik. We had chatted a few times about stats and what I could do to help the team, but I never expected this.
"Knowing Henrik, he will leave no stone unturned. He will do everything he can to win the Ryder Cup back. It will be a lot of fun for all the guys playing for him too. He has always been a very friendly guy, and is always smiling, so I think it will be a fantastic atmosphere in the team room.
"The Italian fans will be loud and passionate at the Marco Simone. For the players, it will be a lot of fun to play in front of such supportive crowds.
"Rome is a fantastic city, one of my favourites in the world. It is going to be a great week overall and I am very happy that the players will get to experience Rome." Francesco Molinari is a three-time Ryder Cup winner and is the only Italian man to have won a major after his triumph at the 2018 Open champion.
He was the driving force of Europe's victory in 2018, winning all his matches, but he missed out on last year's defeat in the USA having failed to make the team due to a slide in form.
"We want to win and the contribution of the Italian and European fans will be fundamental," Stenson said.
"I am happy to have appointed Edoardo Molinari vice captain.
"As for his brother Francesco, what he did at the 2018 Ryder Cup in Paris was clearly incredible.
"The qualification phase for the 2023 Ryder Cup has not yet started.
"We'll follow all the players closely". (ANSA).